Annie Louise Siddall was born on November 13, 1881, in Oxford, Cumberland County, Nova Scotia. Her parents were named Ralph and Jane Siddall. At 19 years old she began working as a teacher, but after three years Annie became restless and yearned for some adventure. That’s when she decided to take her teaching career out on the prairie frontier of Western Canada.

In August of 1903, on a harvest train (which mainly transported farm laborers west to help with the harvest), Annie’s adventure began. She originally bought a ticket for Moose Jaw, Saskatchewan, but harsh conditions on the train made her so sick that she had to get off at Wolseley, Saskatchewan instead. An agency was able to find her a job at Mound Lake (now Ardley), in a brand-new school district 60 km east of Red Deer, in the Delburne area. After waiting for three long weeks, Annie pushed onto Red Deer (this time in a regular train, thankfully). 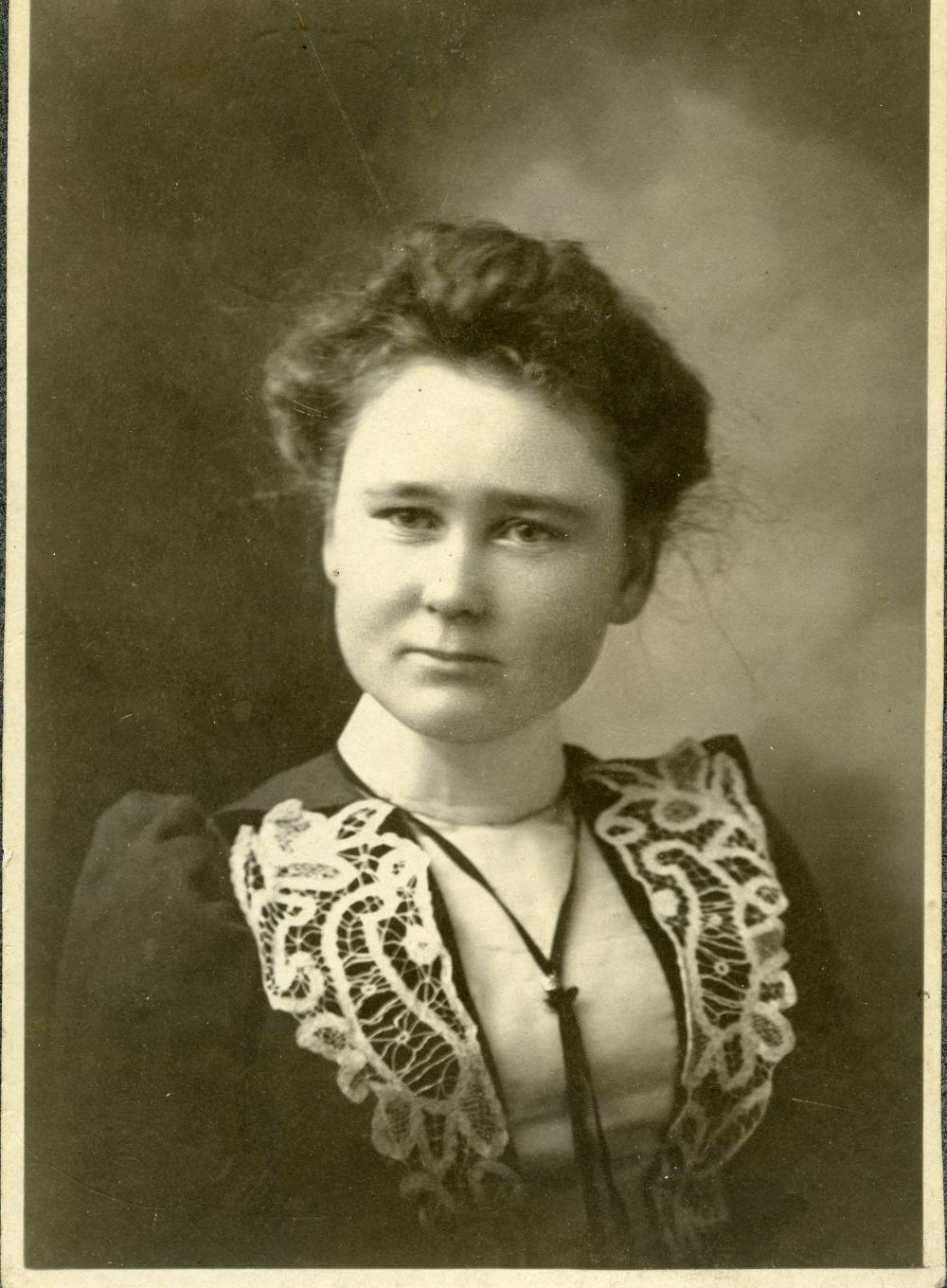 At 19 years old she began working as a teacher, but after three years Annie became restless and yearned for some adventure. That’s when she decided to take her teaching career out on the prairie frontier of Western Canada.

Annie’s first impression of Red Deer was not quite what she had imagined – the weather was wet and cold, with the land caked in mud and no traditional streets or sidewalks. After arriving at the local hotel, Annie was told by the clerk that “Red Deer was pretty safe” and that was why there were no locks on her hotel room door. She barricaded the door anyway. The following day, the Secretary of the School Board was able to take Annie to the new school. The trip there, made the previous train ride feel like a luxury. It was a ten-hour horse drawn carriage ride over muddy potholed filled trails with constant rain and snowfall. To say the journey was unpleasant would be an understatement. There was only one traveler on the road, and ironically, this man would become Annie’s husband – Fredrick Warren Gaetz.

Annie found that this ‘new’ school was nothing but an uninsulated framed shack that was built on the desolate prairie. It was equipped with only a blackboard, a broom & dustpan, chalk, brush, and a couple of desks. This was only the beginning of the many challenges Annie would face. There were no textbooks – not until another settler travelled to Red Deer and picked some up. Annie was responsible for teaching 31 pupils, and many had not attended school for two years or more. There was no school bell and since most settlers didn’t have a cloak, their children were often late. Luckily, Annie organized a box social and raised $18 for a bell. Despite the hardships, and not receiving her first $50 salary until after Christmas, Annie pushed through. By the following June, she was able to hold her head high as she completed a successful school year. 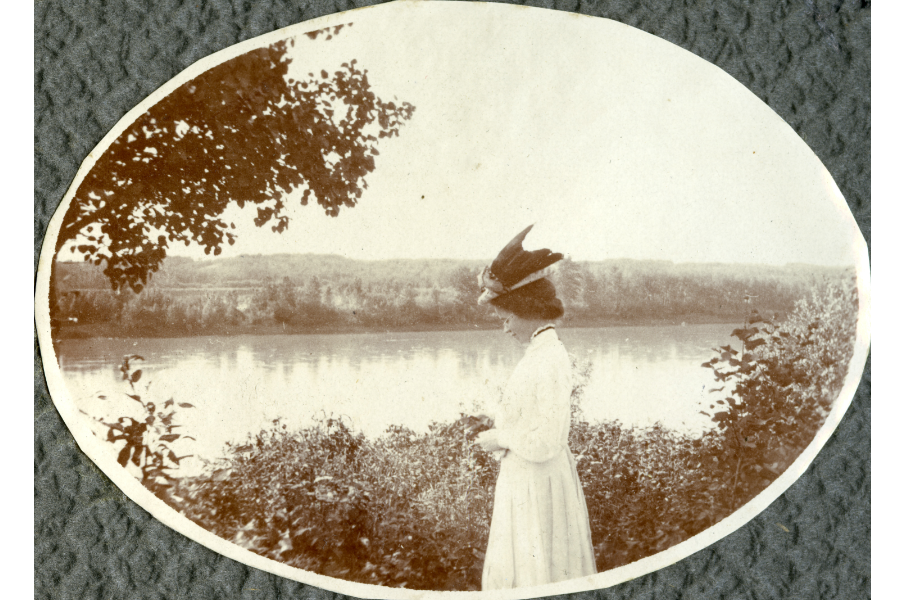 It was at a community social at Mound Lake that Annie came face to face with the lone traveler, Fred Gaetz, she had met on her first trip out to the schoolhouse. It did not take long for the two to fall in love and begin a relationship. On September 29, 1904, Annie and Fred were married at Woodlea Cottage, the home of Leonard and Caroline Gaetz, Fred’s parents. Back in those days, it was prohibited for married women to teach, so Annie had to leave her job. The couple moved to Red Deer and while Fred ran a profitable livery barn business, Annie settled into her new life of keeping house and raising their children – Juanita, Fay, Evelyn, and Maurice. Annie also helped Fred by acting as his secretary with his many business ventures that included work as a land inspector and sheriff’s bailiff (along with the livery barn).

It did not take long for Annie to become an active member in the community, while becoming involved in multiple organizations that were related to the Gaetz Methodist/United Church. These included the Women’s Missionary Society, and the Church’s Sunday School. Other charitable groups that she was involved with was the Red Cross and the Women’s Christian Temple Union. She was also a founding member of the Red Deer Archives and became devoted to the Central Alberta Pioneers and Old Timers Association.

One of Annie’s passions was to tell stories and write. In the 1930’s she began writing newspaper articles, and in 1948, she published Red Deer’s first history book, The Park Country. This was followed up by Trails of Yesterday, Footprints of Gaetz Family, more short stories and numerous articles for newspapers and magazines. By the time Red Deer had its own radio station, Annie was giving several radio broadcasts on Red Deer’s early history – enticing listeners with her rich, blended Nova Scotian and prairie accented voice.

When Fred developed Alzheimer’s disease, Annie was dedicated to the care and safety of her husband. She even went as far as sewing his name and address into his vest pocket, so that when he wandered off, those who found him would know who he was and how to get him home to her. Just before Christmas in 1963, Fred Gaetz’s passed away. Annie, who was so sure she would not out live Fred by long, had both their names put on the tombstone, leaving her date of passing as “196_.”

She kept herself busy with her writing, her many volunteer activities and her ongoing work to preserving Red Deer’s history. Admiring her hard work and dedication, the Red Deer Public School District honored her by naming their newly built elementary school, built in the subdivision of Morrisroe in 1965, after her. As the years passed on, Annie’s health began to slowly deteriorate. But despite going deaf and blind, she still walked to church every Sunday. She couldn’t see the color of the traffic lights, but she never got in an accident. Whether it was God or Fred – someone – was watching over her. Annie L. Gaetz passed away on September 17, 1972. She was laid to rest beside Fred, and new tombstone was made with the correct dates on it. 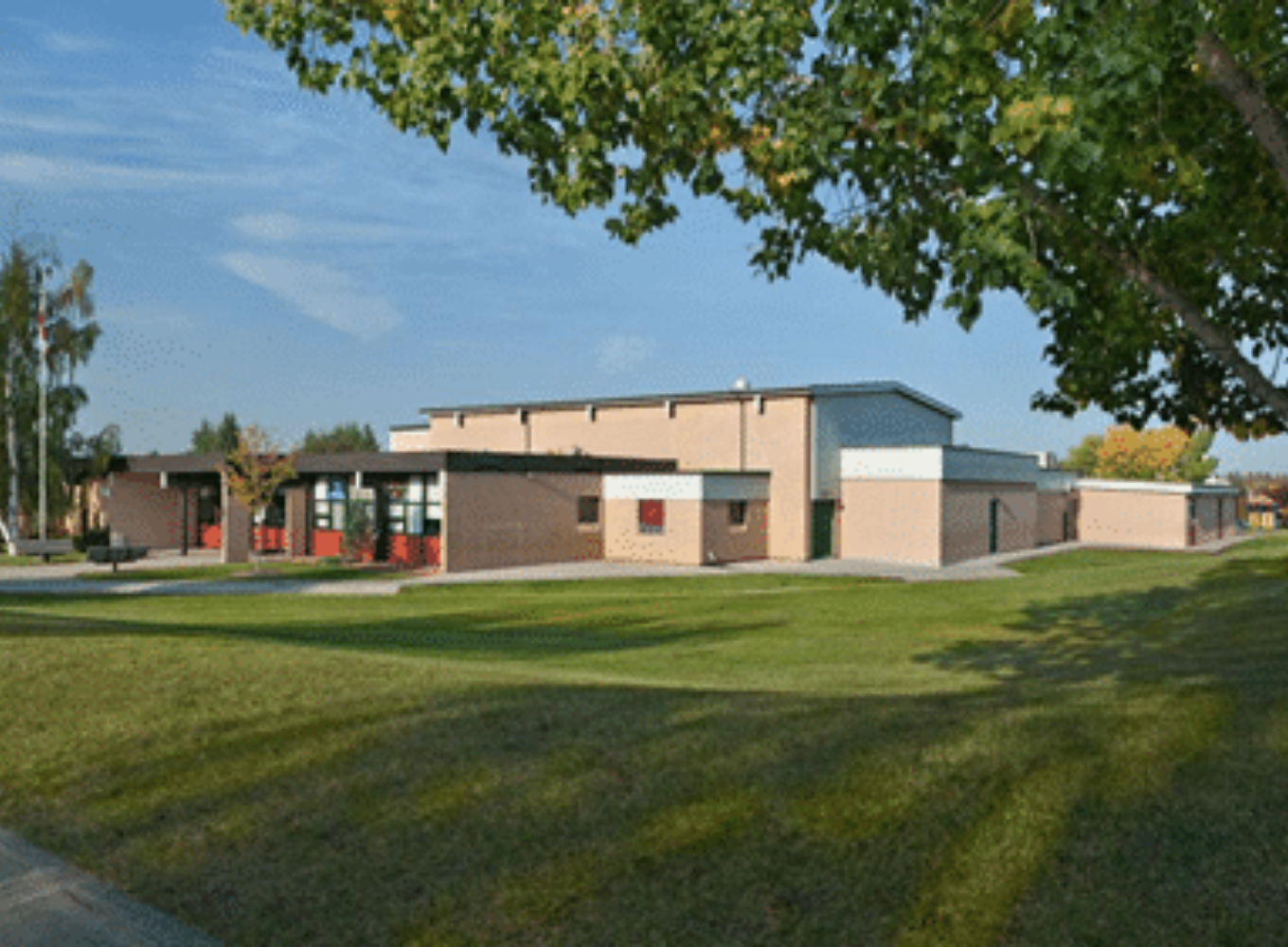 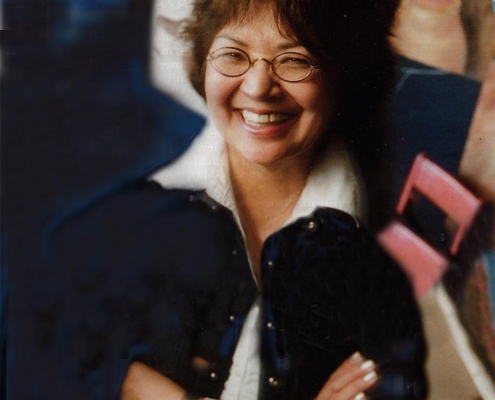 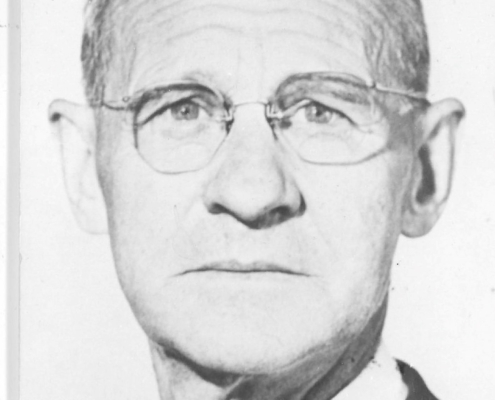 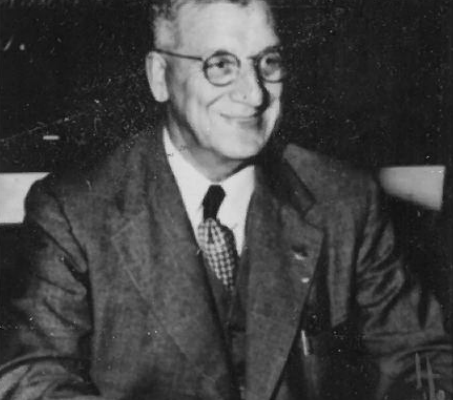 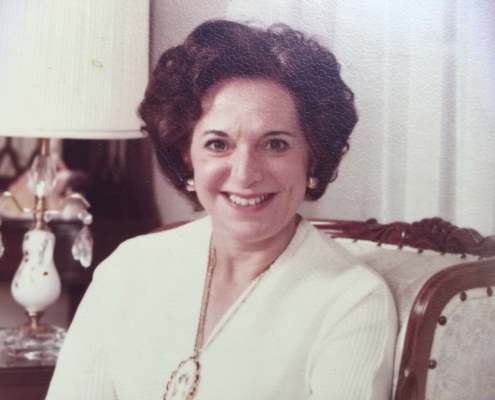 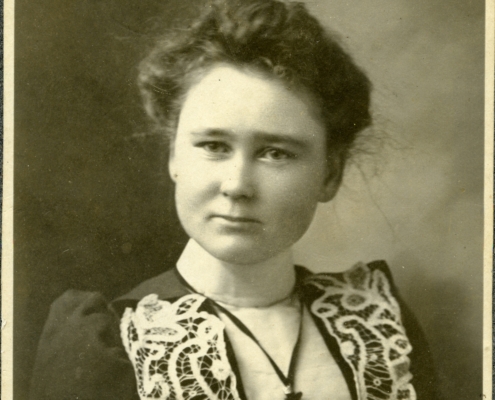 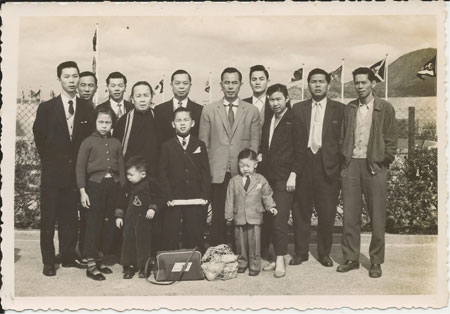