This is Part 2 of a two-part baking series. View Part 1 here!

Mmmmmm, cake. My adventure in trying out a Lemon Sponge Cake Recipe as described in Household Discoveries and Mrs. Curtis’s Cook Book, published in 1908. 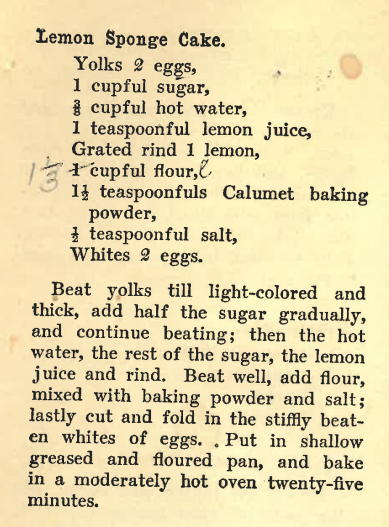 Melanie, our Collections Coordinator, recently shared with me a few yummy recipes. The problem was that most of the cake recipes were made with my least favourite spices and flavours, like clove, nutmeg and molasses. And then – at the top of page 225, there it was – a recipe I could do. Lemon Sponge Cake! I had all the ingredients on hand and my own stand mixer.

My disclaimer is I am not one of the usual staff bakers. We have some staff who make amazing cakes, squares and cookies. They are not only tasty but beautiful. My skill set runs to pizza dough from the Kraft yellow pizza box, banana muffins and scones. I also like watching the food network and cooking videos. So with the confidence of a basic level baker, I was up for the task. 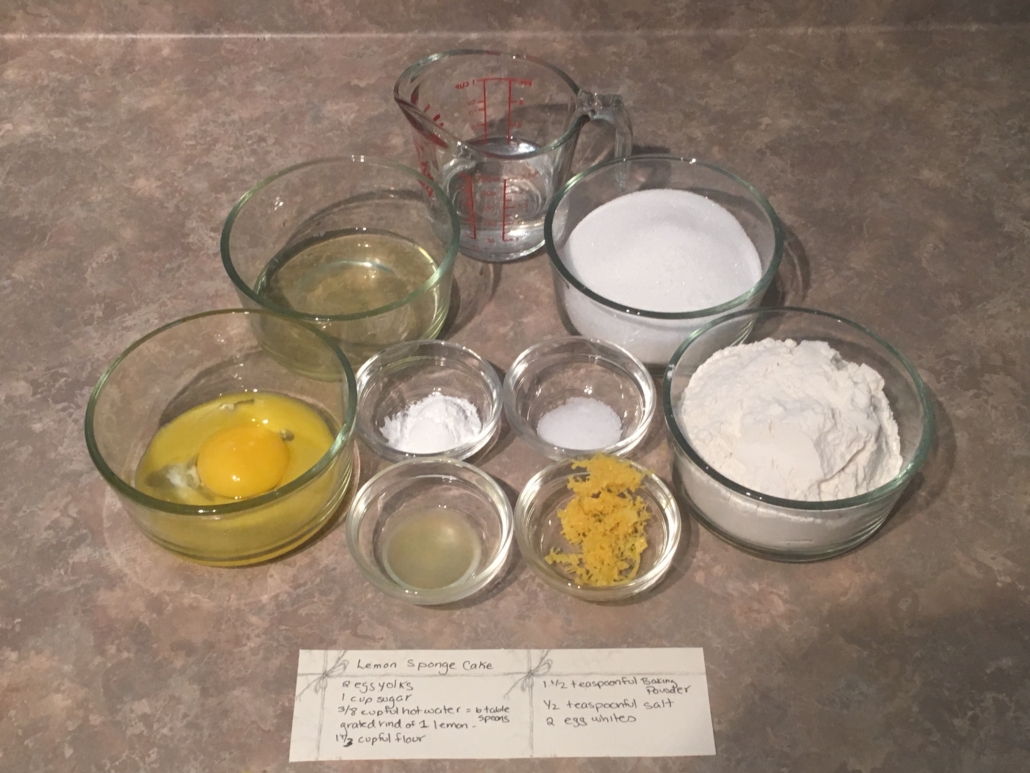 I prepped all the ingredients in separate bowls like they do in the cooking shows. While this created extra cleaning, it was helpful when I started really reading the recipe and realized that I don’t speak early 1900’s cookbook. “1 teaspoonful of Calumet baking powder” – is that a special kind of baking powder? Nope, just a brandname (thanks Google). What’s a teaspoonful? Is that a full teaspoon? A level teaspoon? I don’t know – guess I’ll wing it. The original owner who adjusted the flour portion in a notation, I’ll do that too.

Beat 2 egg yolks until light and thick. I have never seen this in real life before, so this does take a little bit of time to happen. I then added the sugar and water before I remembered I was taking pictures of the steps for this blog. After I added the dry ingredients, I noticed the recipe said to “fold in the egg whites”. A flash back to the “Schitt’s Creek” episode where Moira and David cook and he’s told to “fold in the cheese”. (I’m going to miss that show.)

Transfer the first part of the cake and clean the mixer to make the “stiffly beaten egg white”.

Butter and flour two cake pans in anticipation of all the cake you will be having.

Realize that you over estimated the amount of cake you are actually making and put it in one pan.

Cook on a “moderately hot-oven” ummmmmmm ok. I put the oven to 350° as I called my mom for advice. Because, I opened the oven a few times to check on it and it sunk in the middle a little bit.

Take out of the oven and cool. Enjoy!

I was pretty pleased with how it turned out, and it was a treat to try a recipe from over 100 years ago. 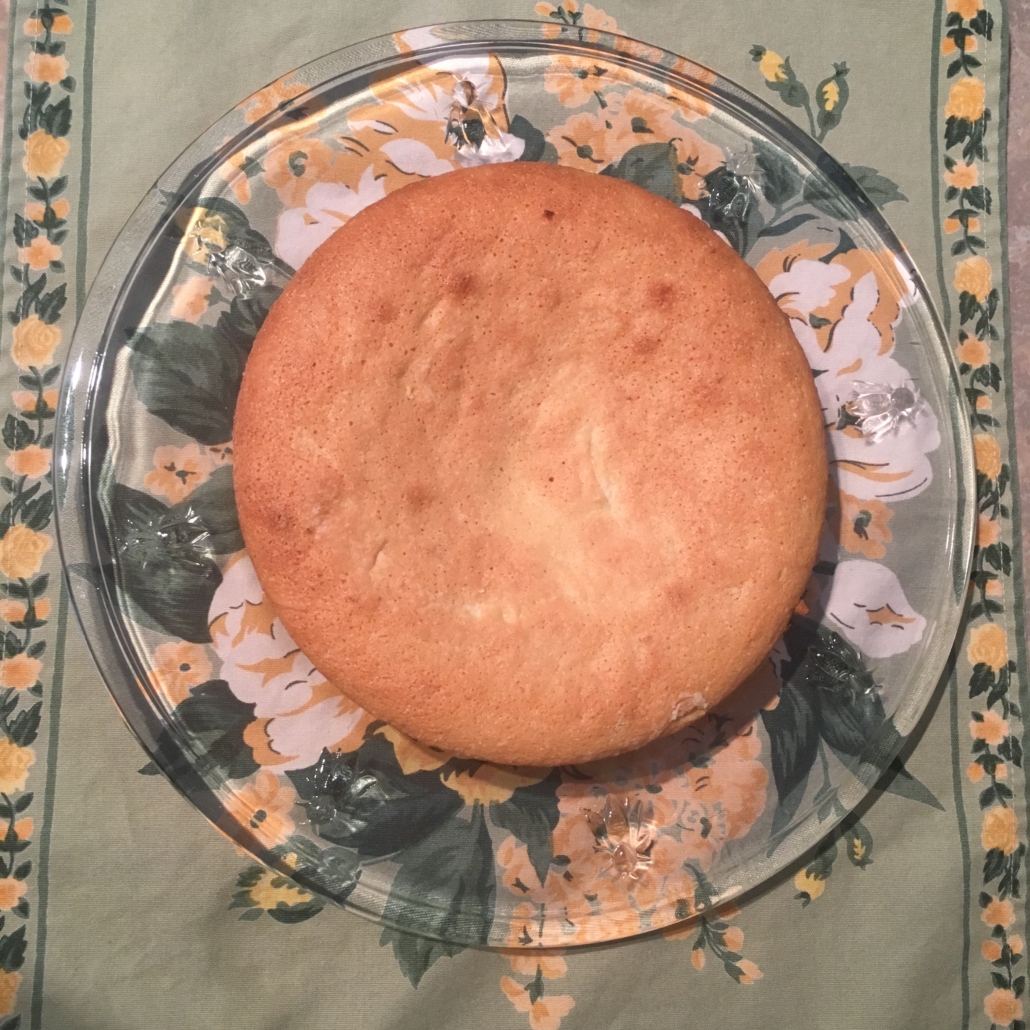 Tuesday-Saturday: 10 am – 4:30 pm
Sunday & Monday: Closed, except for MAGsparks on Mondays.
Holidays: Closed