This is Part 1 of a two-part baking series. 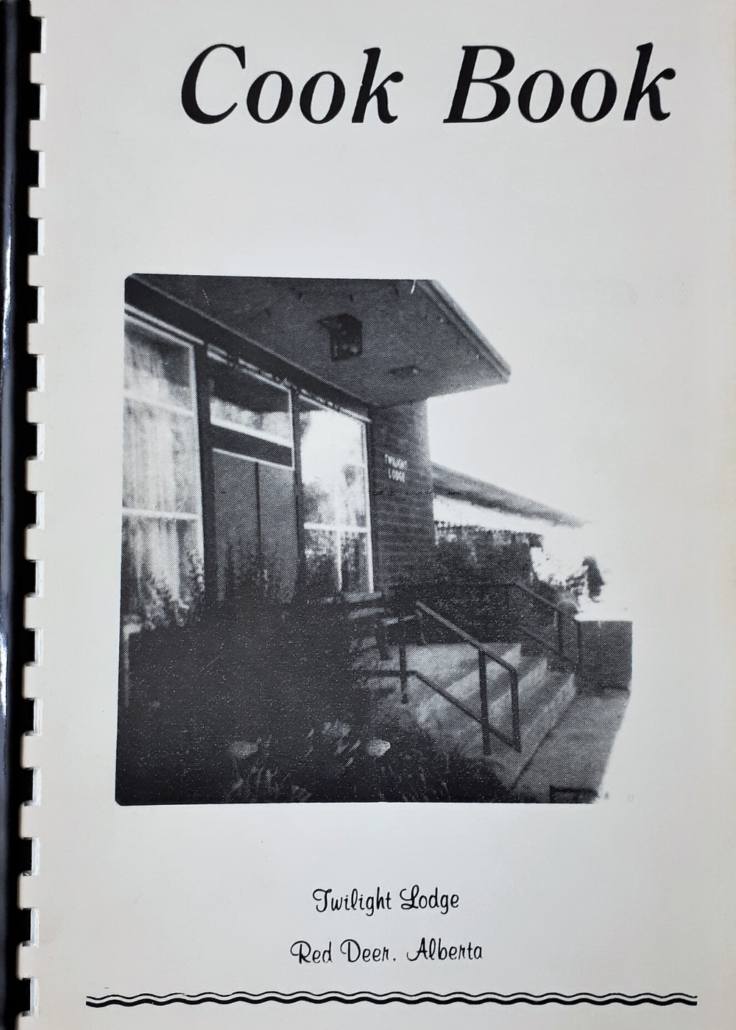 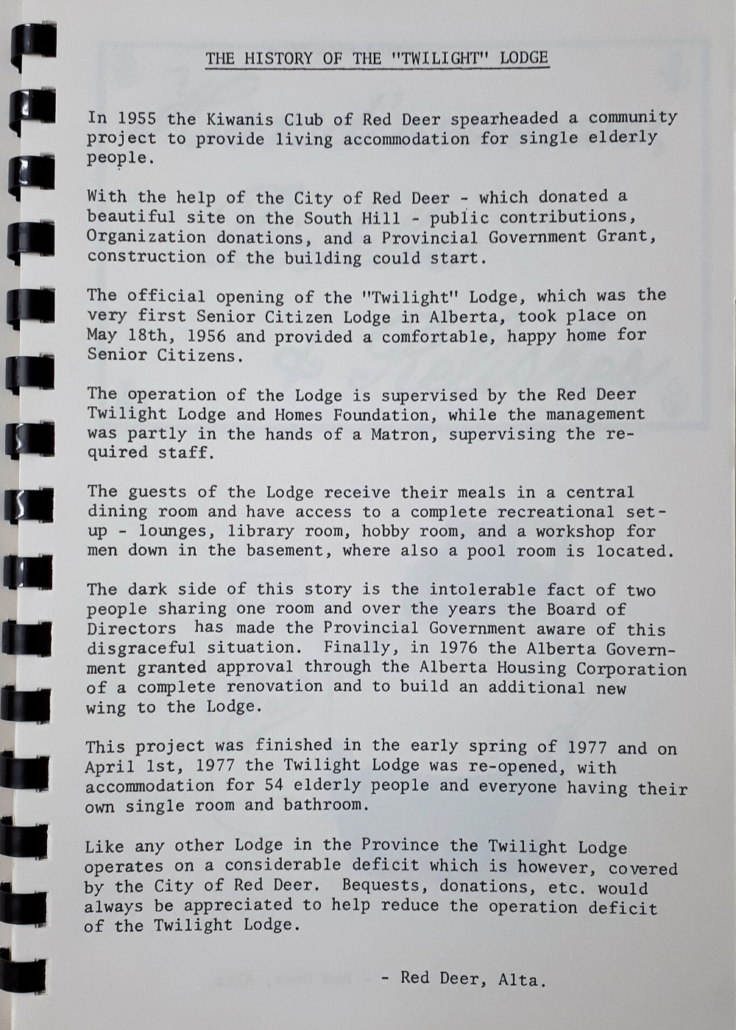 We’ve been loving all the time for baking and trying out some new (or old!) recipes over the last few months. We have a variety of cookbooks in our library, including this Twilight Lodge community cookbook.

The Twilight Lodge (since renamed Piper Creek Lodge) is believed to be the very first facility of its kind in Alberta. In 1951, a Kiwanis Club was chartered in Red Deer, and it saw support for seniors as one of its key objectives. The official opening of the Twilight Lodge took place on May 18, 1956. The Twilight Lodge proved to be very popular, and was soon filled to capacity. Consequently, there was a great deal of additional construction of seniors’ housing by the Twilight Homes Foundation over the following 25 years. As well, a second lodge, the Pines, was constructed in 1975.

MAG member Elizabeth V. tried out a Tomato Soup Cake recipe from this cookbook and wrote up a detailed review of her experience. Check back next week for the recipe and to see how Elizabeth’s cake turned out!