In tandem with our Stones and Bones: Digging Up Alberta’s Past event today, we have a themed project for you! Build some adorable little animal skulls & bones our of air dry clay, then, if you’d like, create a little diorama of the type of biome in which you’d find that species!

This class is free to attend!

The MAG is celebrating it’s 50th anniversary and we are honouring 50 years of our veterans and their sacrifices.

Join us from 1-4 pm on Remembrance Day for mini-tours of Red Deer in the War Years (part of our Remarkable Red Deer exhibit) and have a look at some of our military artifacts. A Remembrance Day art activity and snacks will be set up in our studio.

All are welcome to attend.

Stones and Bones: Digging Up Alberta’s Past

Bring your collection of stones, bones and arrowheads to the MAG for identification by Chris Jass, paleontologist from the Royal Alberta Museum (RAM) and Kyle Forsythe, archeologist from the RAM. Do a dig and create some fossilized fun art projects to take home. This event is brought to you by the Archaeological Society of Alberta (ASA) Red Deer Centre in partnership with the Red Deer Museum + Art Gallery (MAG).

This event will start with a blessing by Elder John Sinclair, followed by short remarks from the Archaeological Society of Alberta (Red Deer Center). 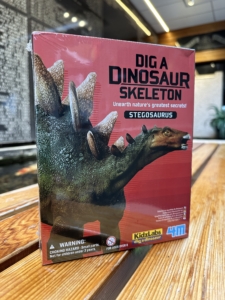 Pick up a colouring sheet at the MAG or click here to print it (PDF). Colour it and bring it back to the museum on or before November 26th to be entered into a draw to win a mini Archaeology Kit!

Colouring sheet courtesy of the Archaeological Society of Alberta – Lethbridge Centre. From Exploring Archaeology in Alberta 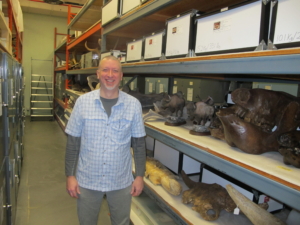 Dr. Chris Jass is the Curator of Quaternary Palaeontology at the Royal Alberta Museum. He’s been exploring and studying Alberta’s Ice Age history for the past 14 years in that role. He received an M.S. in Quaternary Studies (Northern Arizona University) and a Ph.D. in Geological Sciences (The University of Texas at Austin). Current research projects include development of a detailed description of the entire fauna from the Wally’s Beach site in southern Alberta. Prior to moving to Alberta, he worked extensively across the western U.S. and still maintains research programs in western South Dakota and Nevada.

Kyle Forsythe is the Curator of Archaeology at the Royal Alberta Museum. He’s an expert in stone and organic tool technologies, and has worked with artifact assemblages from across Canada. Current research projects involve the use of D-Stretch to explore ochre staining on bone and antler artifacts and the symbolic associations of zoomorphic atlatl weights. He has an M.A. in Anthropology (Western University) and is currently completing a Ph.D. in Arctic Archaeology (McGill University). 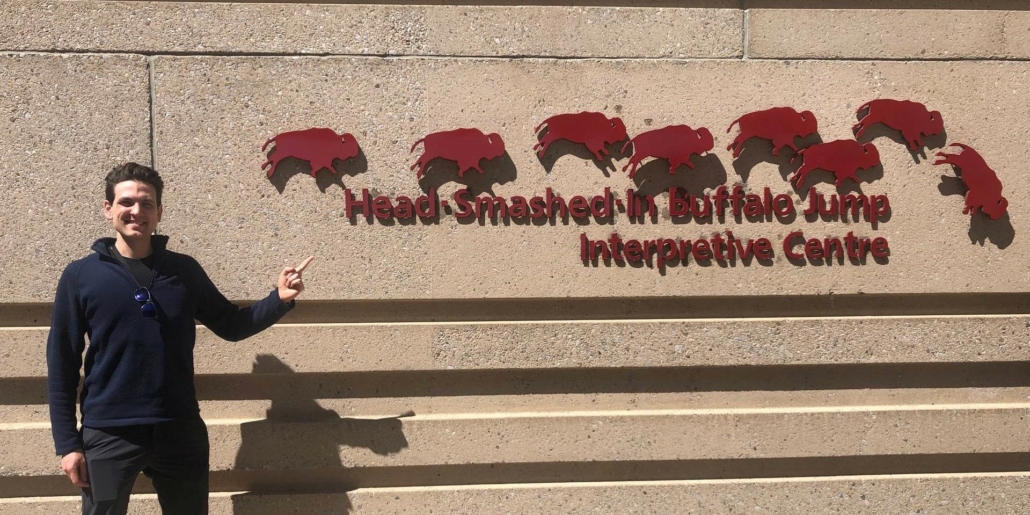 Orange Shirt Day at the MAG

The National Day for Truth and Reconciliation, also known as Orange Shirt Day, is September 30th. This is a time when people can honour, learn, and work toward a better future while remembering the lives lost and those forever changed because of the Indian residential school system.

Free to attend; all are welcome.

Using cardboard, we will create a monochromatic low relief landscape!

Keith Haring was an American Pop Artist who liked to show movement with his lines in his art. Today we will be creating drawings that feel like the subjects are dancing!

Today we will be working with printmaking and watercolour.